To watch the game session on YouTube, visit https://youtu.be/e_oRpMhcles.

​Nuil, Drez, and Switch take the crew’s surplus gear to be sold.

Cypher, Ryder, and Wesley continue the investigation and heads to the flat to meet Gretal who reported her roommate. They are wary of the dangers in the Splice and they keep a constant vigil for threats. They notice a pair of undead humanoids who look like spacers who died in tragic decompression accidents. They seem to be very intent on the PCs as they move towards them.

The PCs try to reason with the undead aggressors but the villains insist the “Master” sent them to eliminate the Starfinders. The undead are physically powerful and possess powerful auras which manipulate gravity around them and cause their victims to feel like their lungs are decompressing. Battle ensues! The two creatures put a hurting on the trio and Ryder almost paid the ultimate price but in the end, the PCs prevailed. On the creature’s bodies, the PCs find evidence the creatures had been sent by the Corpse. In the words of Cypher, “These guys are really starting to get on my nerves.”

Nuil wandered back to the trio after selling the crew’s surplus goods and she treats Ryder’s wounds (restoring 6 hit points of damage). The group wonders who the “Master” was but no one can recall anything in particular.

The crew made a quick stop at Gentlesage’s Necrografts & Sundries and bought some mk 2 healing serums (Ryder).

When the crew reached the address from Waneda’s second report they found the sliding door to the flat partially busted in. They cautiously crept inside and called out for Gretal. They found her on the ground and beaten to within an inch of her unlife. Ryder introduced himself and heard a voice from the shadows say, “Ryder, that’s not the name I knew you by, A230385.” Ryder recognized the voice of Larex, the ghoul who was Ryder’s hander when he was a slave of the Corpse Fleet. Horrible memories flooded Ryder’s memory but he managed to fight to maintain control of himself. Larex taunted, “Well, what do you have to say for yourself, A230385?” Ryder responded, “Bastard!” “Is that any way to talk to your master,” said Larex. Ryder quick drew and fired his pistol just as TIM-X attacked the approaching ghoul. Larex managed to block TIM-X’s attack and ducked into an adjoining room to dodge Ryder’s attack. 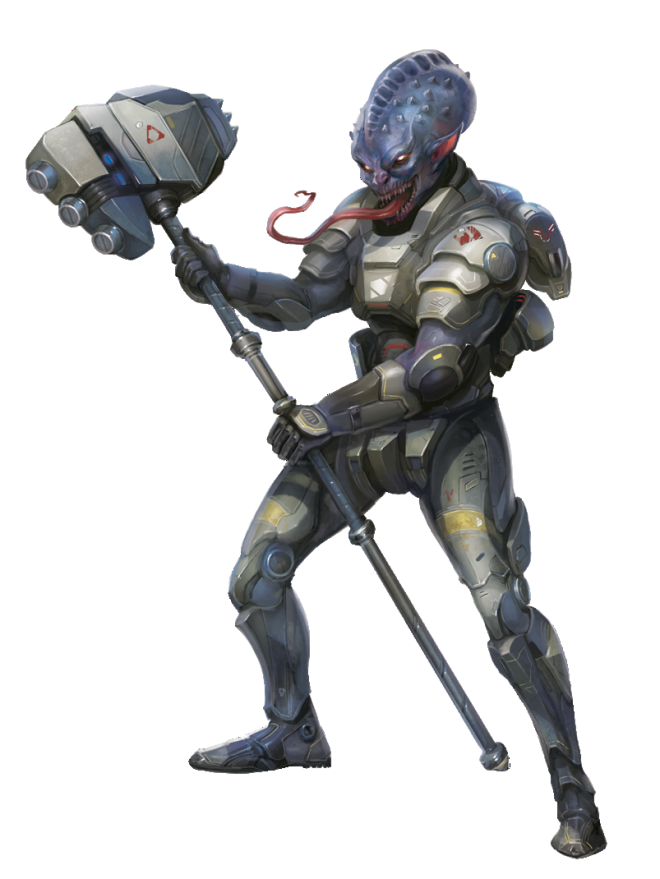 The ghouls were well trained but the crew of the Raza had slowly become a force to be reckoned with over time. The battle begins in the video at roughly the 1:38:00 mark. Shots were fired. Grenades were thrown. Hammers down! The crew prevailed and Ryder had his revenge against Larex (turning him into green goo in the process).

Switch dragged the ghoul soldier’s bodies into the flat from the street to avoid any unwanted attention. Gretal was immensely grateful to the Starfinders and gave them free and full access to search the entire flat for any valuable clues. They found her roommates journal (How archaic!?!) which confirmed Gretal’s suspicions. Harvinne had left to meet with a creature called the marrowblight to join the Corpse Fleet. Included in the journey were coordinates for a meeting outside the city of Orphys later that day.

The crew ventured out into the hellish landscape of Eox and managed to negotiate their way to the coordinates with little difficulty. They passed through Skullcap Gorge, terrain covered in hills formed from the corpses of Eoxians who died millenia ago and were preserved in the toxic atmosphere of the dead planet. When they reached the coordinates, Wesley released Canary to survey the area. They found a tent (crafted from living flesh) and a campsite built from scavenged gear and equipment. They also found a garden crafted from bones and flesh to mimic the appearance of a rose garden. Wesley runs a scan for sources of life and picked up a very large creature moving towards the camp. Nuil can’t tell what it is from the readies fed to the group from the drone. Nuil climbed the highest tree for cover (which proved to be a hazard during the battle). Meanwhile, Wesley scanned for any underground structures but found none. 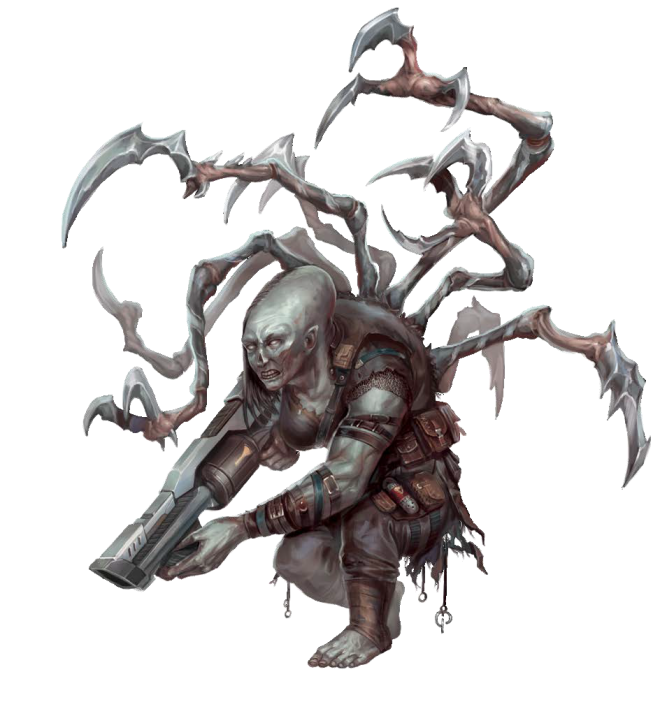 An ellicoth soared over the nearby hills and charged towards the Starfinders. Xerantha Mortant was hidden inside the flesh tent but joined the battle when Wesley ran into the tent for cover. The battle begins in the video at roughly the 2:46:00 mark. and runs through the end of the game session.